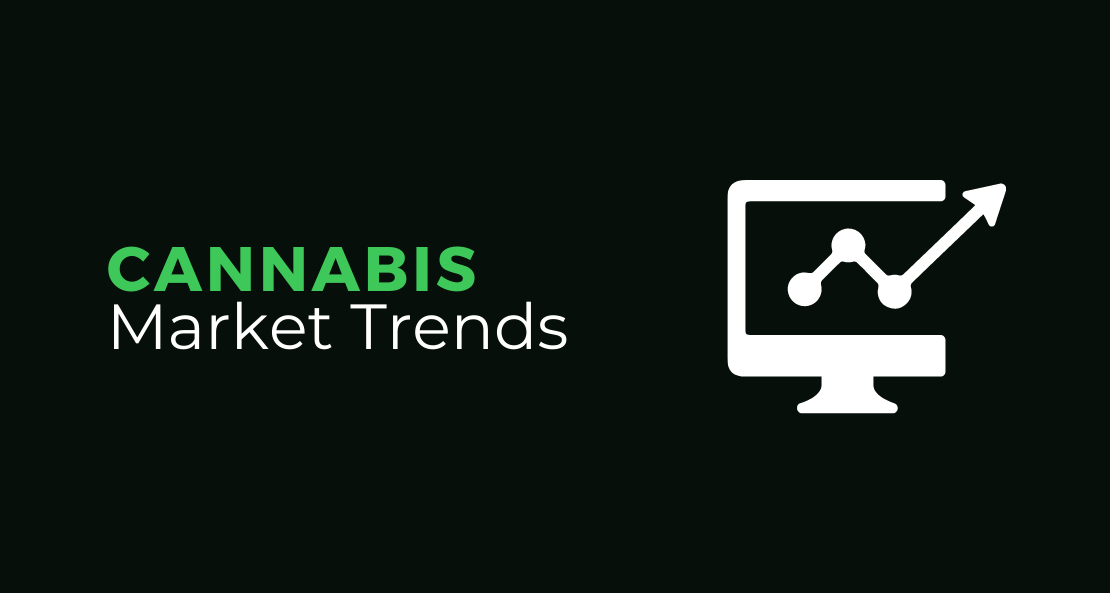 Cannabis (also known as marijuana) is a plant. People use the dried leaves, seed oil, and other parts of the cannabis plant for recreational and medicinal purposes. It can have a pleasurable effect which can soothe the symptoms of various conditions, such as chronic pain.

Ways of using it include:

According to the National Academies of Sciences, Engineering, and Medicine, there is conclusive evidence that cannabis or cannabinoids can help manage:

There is also some inconclusive evidence that it can help with problems relating to sleep apnea, fibromyalgia, chronic pain, and multiple sclerosis (MS) . Other conditions that it may be helpful for include:

Medicinal cannabis accounts for a significant share of the cannabis market. Many countries, such as Australia, Canada, Chile, Colombia, Germany, Greece, Israel, Italy, the Netherlands, Peru, Poland, Portugal, Goa and Uruguay, have legalized the usage of cannabis for medicinal purposes.

In the United States provinces, where cannabis has been legalized, consumers are mostly aged 50 years and above. Owing to the higher risk of chronic diseases after 50 years of age and the effectiveness of cannabis in such conditions, this demographic profile is expected to boost the demand for cannabis in the country.

According to the U.S. Government Accountability Office , symptoms and conditions that can be treated by cannabis include:

Continuous research and standardization of products for medicinal purposes are expected to increase the popularity and demand for cannabis in the future.

An Overview of the Cannabis Market:

According to Mordor Intelligence, the global cannabis market is projected to witness a CAGR of 13.9% between 2022-2027; The compound annual growth rate (CAGR) is the rate of return that would be required for an investment to grow from its beginning balance to its ending one.

Like every other industry, COVID-19 had an adverse impact on the cannabis market in the United States. The imposition of lockdowns limited consumers’ ability to visit brick-and-mortar shops.

In light of this,  many cannabis companies in the States began relying heavily on social media and e-commerce platforms to market to consumers.

Conversely, cannabis retail outlets, producers, manufacturers, distributors, and warehouses were deemed essential services by the Alberta Government on March 30, 2020. As a result, cannabis businesses and services continued to serve Albertans throughout the COVID-19 pandemic.

The market's growth was fueled by the continued adoption of legal medical or recreational cannabis in more countries around the world, as well as high-profile achievements from some of the industry's emerging top contenders.

With the first cannabis-based drug receiving approval by the US Food and Drug Administration (FDA), a massive number of investors are entering into legal marijuana operations.​

According to IBISWorld, revenue growth from 2021 to 2026 is expected to increase at an annualized rate of 18.3% to $26.9 billion. The future of the industry remains uncertain and has a lot of inherent risk associated with that uncertainty.

However, the federal government is now getting involved in drafting and passing legislation (e.g., MORE Act) which is another favorable factor. This legislative shift is being spurred by  a change in public opinion, which could ultimately result in a change in public policy.

The continued legalization will fuel further the demand for medical and recreational cannabis products. Experts predict that as surrounding nations, notably, Canada and Mexico, legalize cannabis within their countries, the U.S. government may likely follow suit. For now, it is a waiting game.

Following are the key market trends in the cannabis industry.

The North American cannabis market is set to become the major producer of cannabis, post the legalization of cannabis in Canada. In May 2021, the U.S. government approved marijuana research for the first time in more than 50 years, widening the capacity to study the drug’s medical value.

Similarly, some of its derivative compounds have been approved by the Food and Drug Administration for medicinal use. Marinol, Syndros, Cesamet, and Epidolex are cannabinoid drugs that received approval from the FDA. Furthermore, in the United States, 10 states have legalized cannabis for recreational use, while 33 states and the District of Columbia have legalized cannabis for medical purposes.

Among these states, California, Washington, and Colorado are the leading cannabis producers. The production levels of cannabis in North America have increased rapidly over the past few years due to the expansion of the major players' production capacities. More states are estimated to follow suit during the forecast period, considering the widespread demand for cannabis and its medicinal properties. ​

Medical cannabis, also called medical marijuana, is a category of  herbal drugs derived from plants of the genus cannabis that is used as part of the treatment for a specific symptom or disease.

Although the term cannabis refers specifically to the plant genus, it is also used interchangeably with marijuana, which describes the crude drug isolated from the plants’ leaves and flowers.

While cannabis has a long history of medical use as an analgesic (pain reliever) and antispasmodic agent, there existed a general lack of awareness among scientists and physicians of its medical benefits.

This promoted an inquiry into the therapeutic potential of cannabis and its extracts and derivatives. (Endogenous substances are those produced by the body; in biology, ligands are substances that bind to receptors.)

This work revealed that cannabis can provide relief from certain types of conditions, such as severe chronic pain, and led to the development of various herbal medical cannabis products.

According to the Market Data Forecast, the size of the global medical cannabis market was predicted at $16.47 billion in 2022. The size of the market is expected to grow to $46.18 Billion by the year 2027.

Outlook of the Market

Recent trends indicate that the U.S. has reached a  watershed moment when it comes to the marijuana legalization.  Great strides have been made in recent years, most notably during the 2016 and 2020 election cycles. This has helped propel the cannabis industry to one of the fastest growing in the U.S. According to IBISWORLD, the medical and recreational marijuana growing and retail industry, which includes both employer and nonemployer establishments, has flourished recently with revenues, profits, employment, wages and the number of businesses growing between 20% and 30% from 2016 through 2021.

Just last year, there was an increase of 16 additional states, territories and the District of Columbia legalizing various areas of the cannabis industry. This raises the total to 37 different jurisdictions that recognize and legalize various aspects of the recreational and/or medical cannabis industry. In addition, research shows that consumer attitudes are also accelerating legalization efforts at the state level. In 2021, Gallup reported that an estimated 80% of U.S. citizens approve of legal access to medical marijuana, while 60% approve of full adult-use legalization.

The growing acceptance of medical and recreational marijuana is providing growers and investors with unprecedented opportunities. As a result, industry revenue is forecast to continue its growth. The U.S. cannabis industry hit a record of $24 billion in sales in 2021, with expected annual sales of $70 billion by 2026. 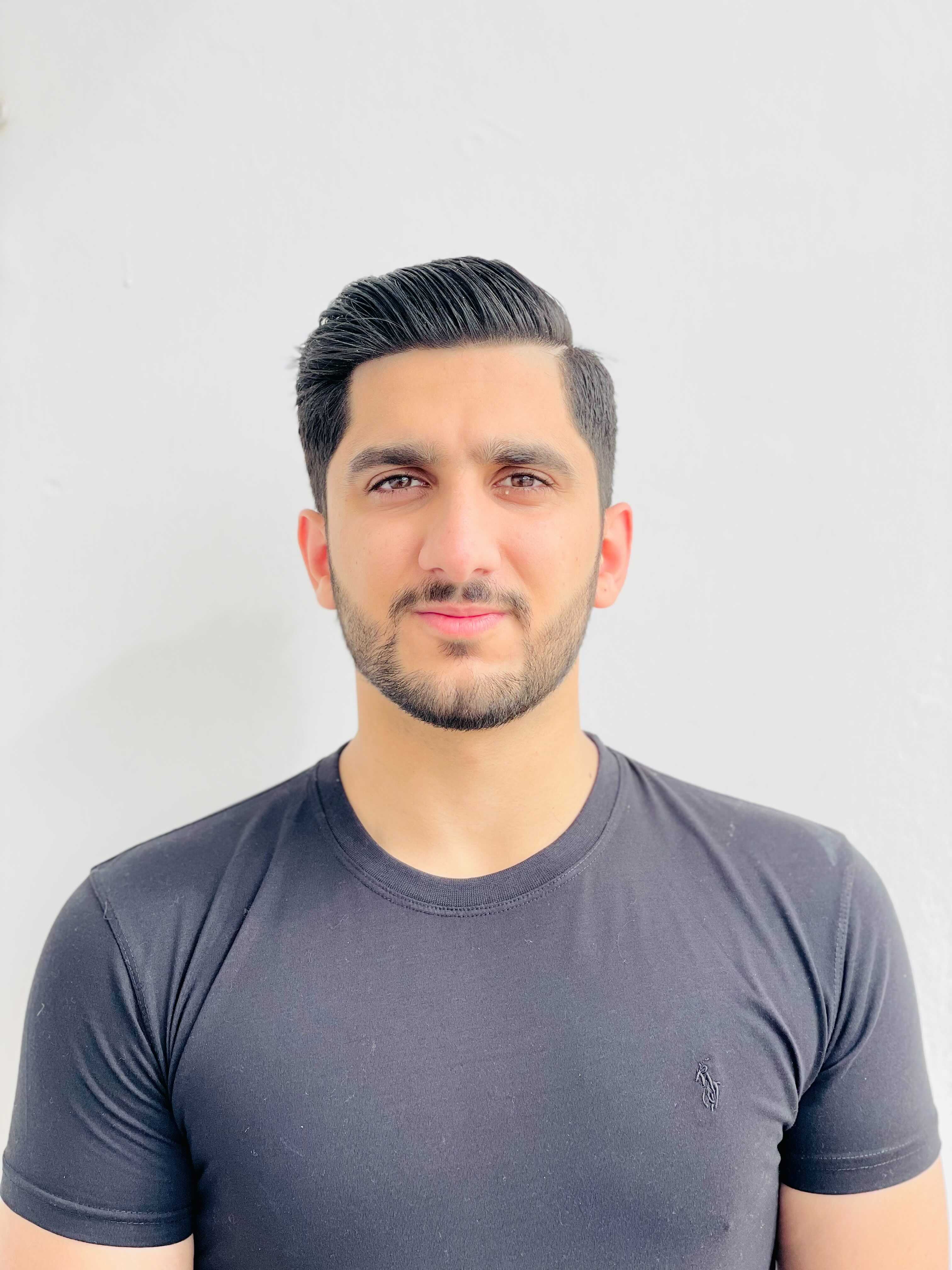 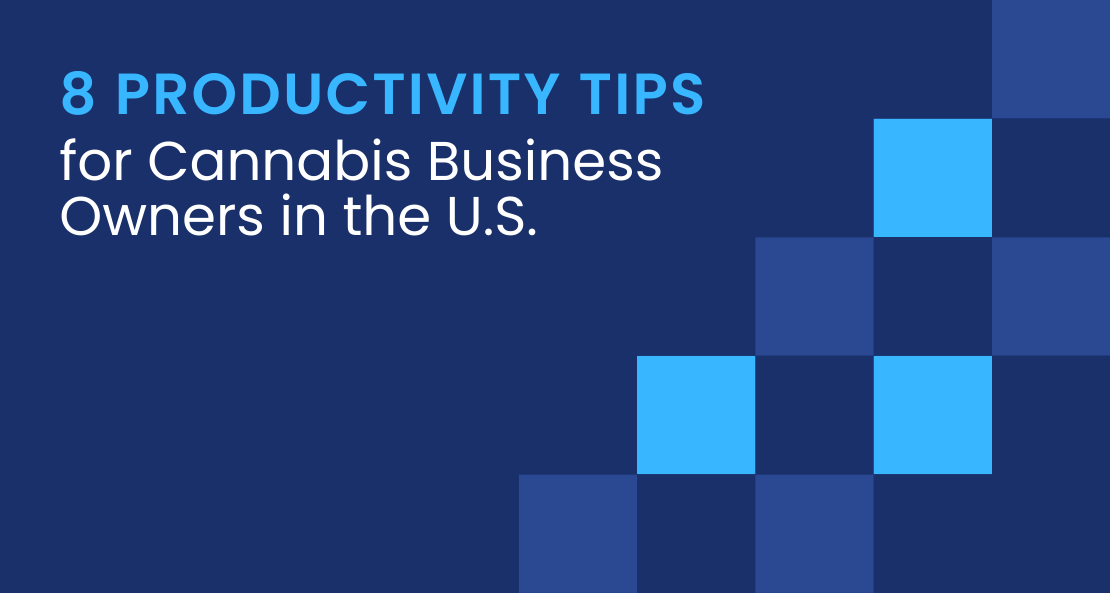 8 Productivity Tips for Cannabis Business Owners in the U.S. 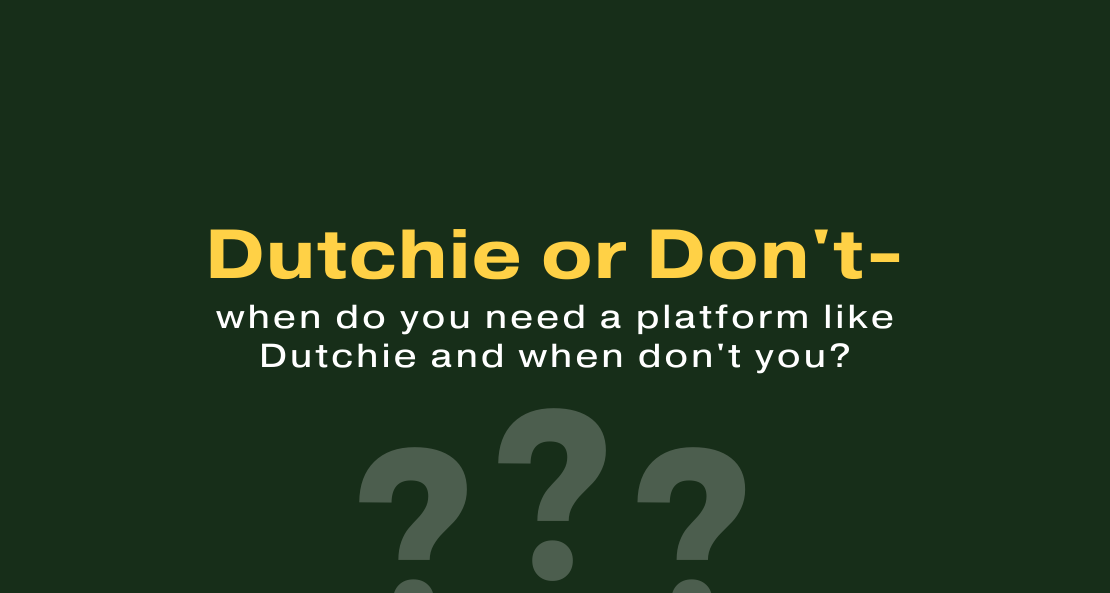 Dutchie or Don't - when do you need a platform like Dutchie and when don't you?

Get in touch today